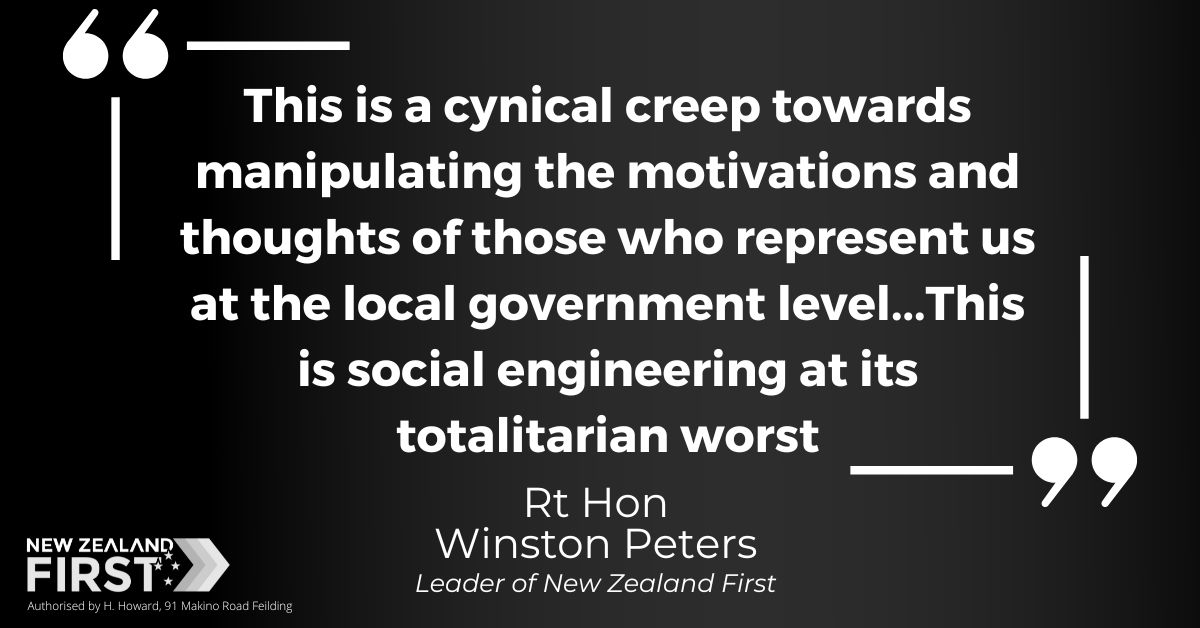 Local Government New Zealand has released one of the most out of touch and divisive pieces of social engineering that represents all that is wrong with this current government.

They have produced the “Inclusive Campaigning Guidelines” which attempts to brainwash local body candidates with the kind of dangerous left wing rhetoric that only the most woke sickly elites working in university sociology departments would be proud of.

This divisive document must be withdrawn. The danger is it will be taken seriously and used as the new democratic doctrine this government has always intended to change New Zealand into.

It states, amongst other things, that candidates should take certain positive positions on the Treaty, Three Waters, He Puapua, where to attend meetings, who to talk to, and the use of certain ethnic languages.  They have also decided to change the name of our country.

What is the most concerning is that those who choose not to adhere to it will be publicly identified and hung out to be judged and vilified by the social justice warriors of the left.

This is a cynical creep towards manipulating the motivations and thoughts of those who represent us at the local government level.

This is social engineering at its totalitarian worst.

The fact that mainstream media has not reported on this document should concern kiwis the most.

Let's get back to common sense. Ditch the dangerous seperatist agenda.

Use one of the sharing buttons above to let your friends and family know that we need our nurses back!