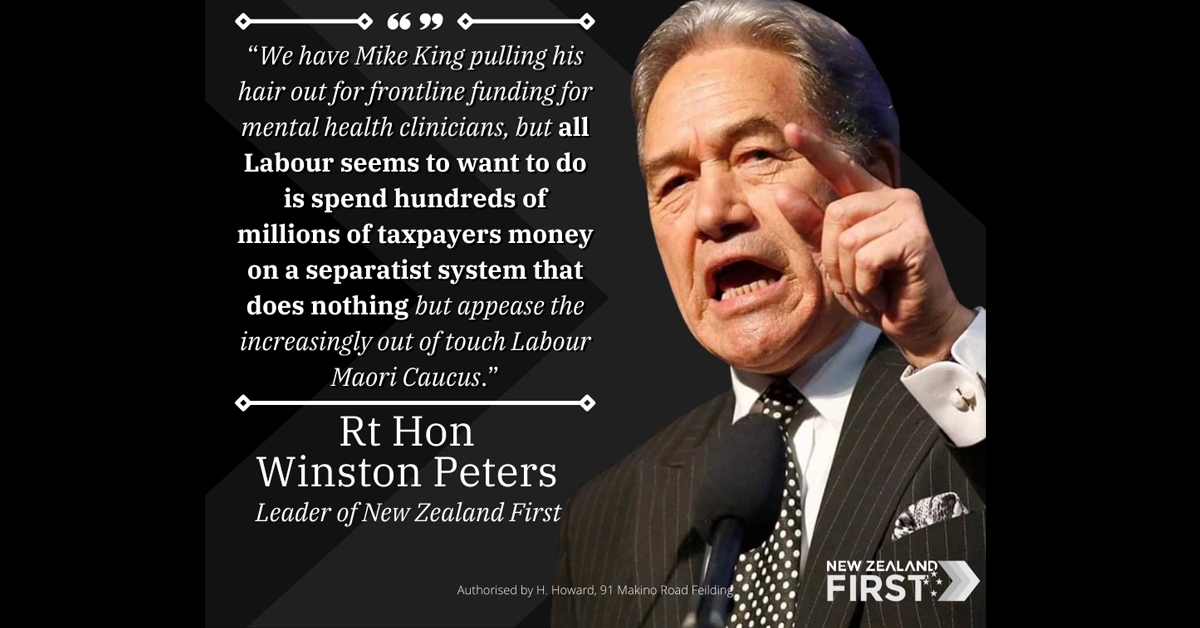 So now the government is funnelling tens of millions of taxpayers dollars into their Maori Health Authority’s ‘Maori lunar calendar’ to somehow address Maori mental health - we all know the origin of the word ‘lunatic’ but this is next level stupidity.

Their highly paid advisors should remind them Maori used ‘astronomy’ to get here not ‘astrology’.

Well into the 21st century it should be patently obvious that this kind of Māori astrology and folk lore, mixed with modern medical science, is an incompatible mix at best and delusional at worst.

We have a frontline health system falling to bits screaming out for more GPs, more nurses, more resources, and more funding.

We have Mike King pulling his hair out for frontline funding for mental health clinicians, but all Labour seems to want to do is spend hundreds of millions of taxpayers money on a separatist system that does nothing but appease the increasingly out of touch Labour Maori Caucus.

The sooner more kiwis grasp the dangerous menace of this issue and avoid the path of the other ‘cultural fellow travellers’ then the sooner we can set our country right.