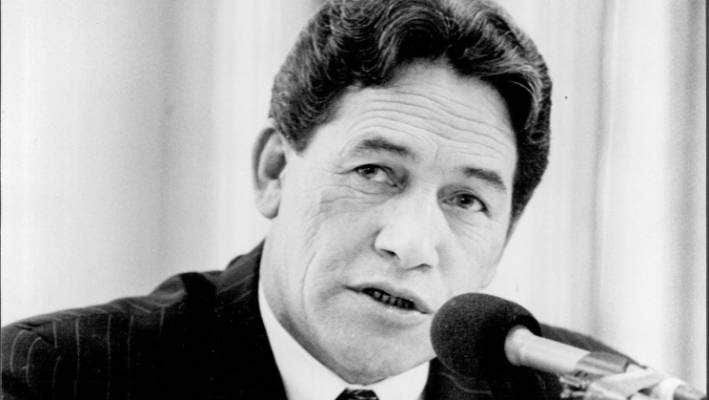 New Zealand First was formed in 1993 to represent those New Zealanders concerned about the social and economic direction of our country, and who were seeking pragmatic, commonsense representation in Parliament.

In 1990 the National Party was elected with the largest government majority in New Zealand history. Attaining two thirds of the seats in parliament, it was seen as a rejection of the neoliberal policies of the fourth Labour government. However, the fourth National government would continue with policies along the same lines.

As a Cabinet Minister, Rt Hon Winston Peters spoke out against the economic policies continued by Minister of Finance Ruth Richardson. Mr Peters was soon dropped from Cabinet but he continued to question the neoliberal policy agenda and resigned from the National Party leading up to the 1993 general election.

A by-election in Tauranga was triggered and Mr Peters regained the seat as an independent by the highest margin (91%) of any election, after having held the seat since 1981.

A meeting was then held at the Auckland town hall about future steps, and on July 18 1993, New Zealand First was formed at Alexandra Park.

1996: This was New Zealand’s first MMP election and it saw New Zealand First win 13% of the vote. This, coupled with wins in Tauranga and all five Maori Electorates, saw New Zealand First secure 17 seats. A coalition government was formed with Jim Bolger and the National Party, but this coalition ultimately broke up following a leadership coup by Jenny Shipley.

1999: The party was returned to Parliament after the Party received 4% and Rt Hon Winston Peters held the Tauranga seat by 63 votes.

2008: New Zealand First dropped to 4.08% of the vote and with no electorate seat victories the party was out of Parliament.

2014: New Zealand First secured 8.66% of the vote and returned to Parliament in opposition with 11 Members of Parliament.

2015: Rt Hon Winston Peters wins the Northland By-election after a 27 day campaign. This expanded the New Zealand First caucus to 12 members and the introduction of Ria Bond from the party list.

2017: New Zealand First secured 7.2% of the vote and was returned to Parliament with nine Members of Parliament. The Party formed a coalition with the Labour Party which was detailed in the 2017 New Zealand First-Labour Coalition agreement.

2020: There were many challenges with the election due to COVID-19, and the Labour Party secured an historic majority. New Zealand First was out of Parliament after receiving 2.6% of the vote.