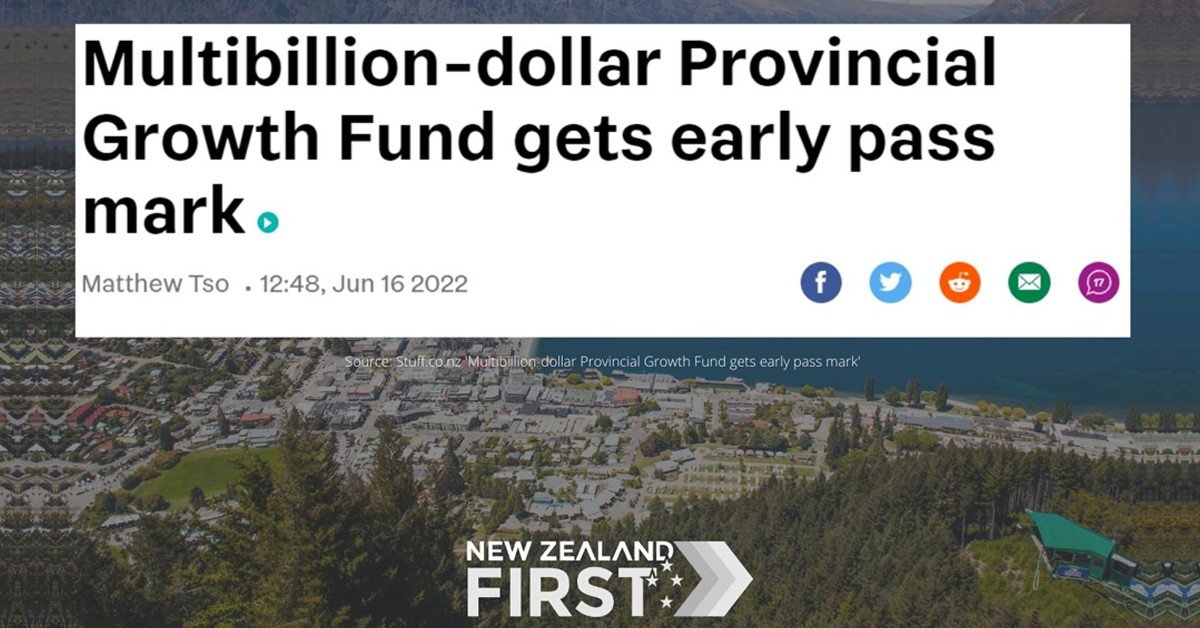 At last after 5 years it’s great to hear an independent evaluation of the Provincial Growth Fund (PGF), a New Zealand First brainchild launched in early 2018. It’s been a real success in building provincial economies, successfully creating jobs, and that it has made, as Minister Stuart Nash said “a huge impact in a very short timeframe”.

The PGF ended decades of the regions being historically underfunded and it has helped to build more resilient regional economies.

New Zealand First took so much criticism from politicians who had done nothing for the provinces and now they should eat their words.