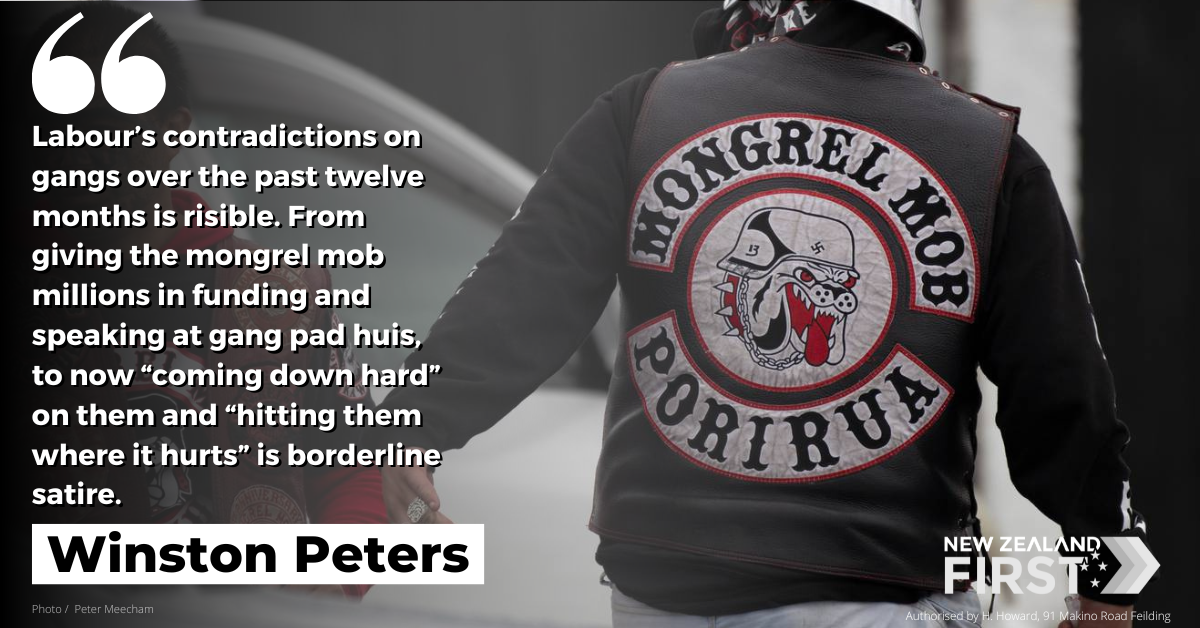 Labour’s contradictions on gangs over the past twelve months is risible. From giving the mongrel mob millions in funding and speaking at gang pad huis, to now “coming down hard” on them and “hitting them where it hurts” is borderline satire.