Labour’s separatist agenda is now so overt it should frighten every New Zealander who cares about the future of our democracy. 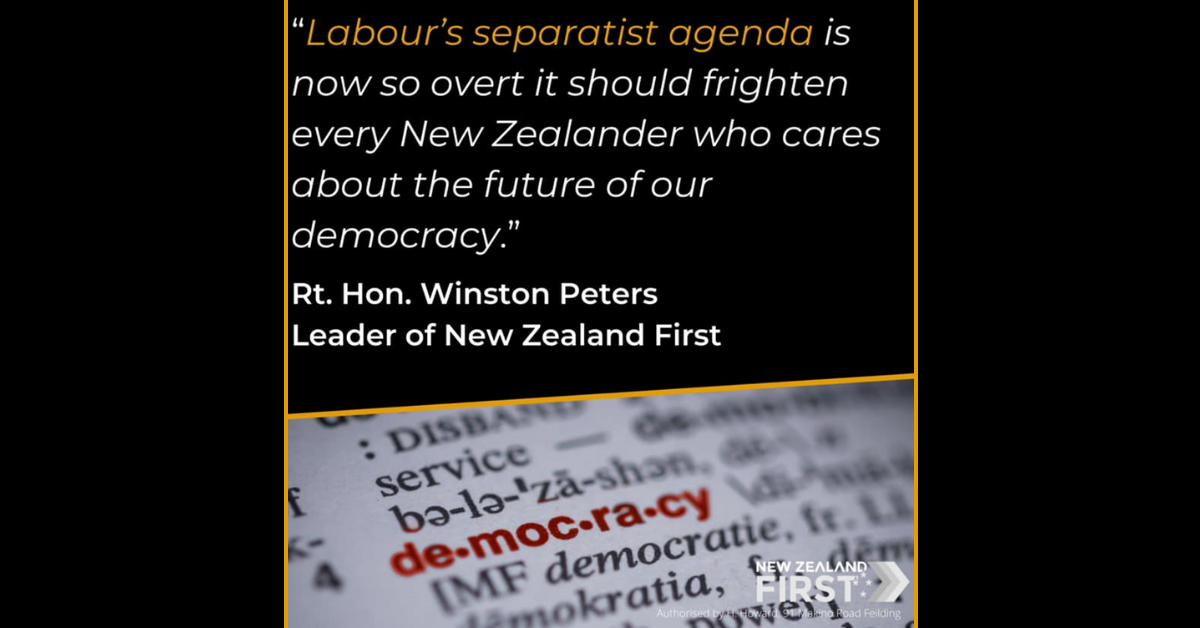 Local Government Minister Nanaia Mahuta’s move to make it mandatory for councils to consider introducing Maori Wards is unconstitutional and depicts a seismic shift in our democracy.

This is straight out of Stalin's ‘How-To’ guide.

We are not only going to campaign against this totalitarian overreach, we will campaign to repeal this legislation altogether.

New Zealanders need to understand that Labour is now removing our country’s democracy by stealth - and clearly they don’t care about the stealth.

They first took the citizens initiated referendum away from local voters deciding if they wanted Maori Wards on their council, now they intend to dictate that councils will have it on their agenda.

This is deliberately designed to force local representatives to publicly discuss and decide on the topics that Labour want them to discuss.

What is inevitable, is the vitriol from the cancel culture elite if councils decide not to include Maori Wards.

Labour’s separatist agenda is now so overt it should frighten every New Zealander who cares about the future of our democracy.

It's time we bring back experience to government.